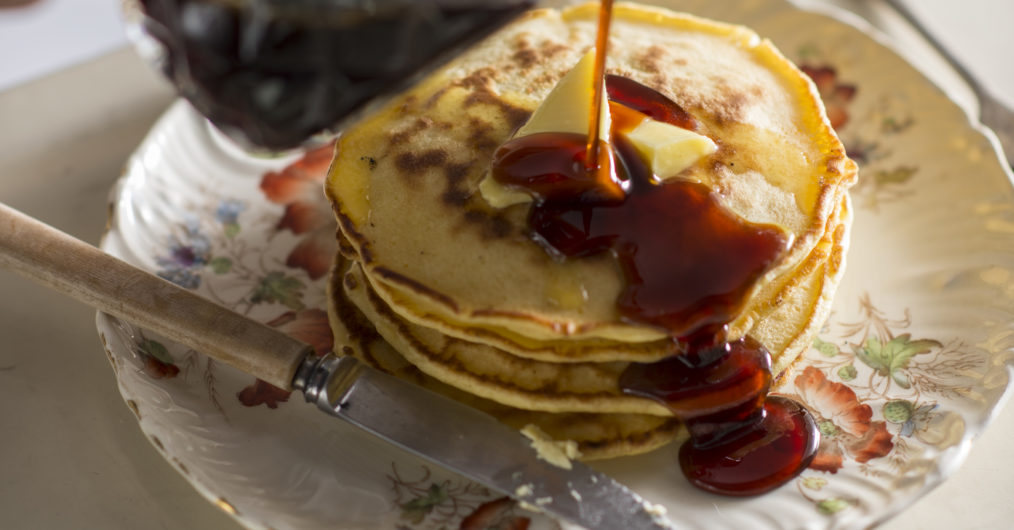 Sunday is pancake Day in our house

It’s usually Sadie’s job to oversee the pancakes on Sunday with Hedley as her able assistant (he’s very handy with an old fashioned egg whisk). There's nothing like coming in from milking to a pile of fluffy panacakes next to slices of fried thick cut bacon. It really is worth whipping the egg whites, she says.

Beat the egg yolks with the salt and milk, then add enough flour to create a good batter. The amount of flour will vary a bit depending on your climate, the milk, the flour and the season. The good news is you’ll get the feel for it if you do it week by week. (Or your partner does it week after week, which is even better.) You want the batter to spread until it’s about half a centimetre thick in the pan. Any thicker and it’s too thick, any thinner and it’s too runny.

Stir in the melted butter

Whisk the egg whites with the salt until soft peaks form, then fold gently into the batter.

Heat a couple of pans, ideally, over a medium heat with a good 1/2 tsp of bacon fat (or failing that, butter) in each one and ladle the pancake mix into the middle. If it’s too thick, you can water it down a little with more milk. Folding in more flour is less successful. Cook gently, keeping an eye on the heat so they don’t burn, and turn once browned well on the bottom and set on top. Cook the other side to golden too.

Serve immediately with syrup, poached fruit, jam, yoghurt, cream, or even better, apple syrup and bacon, if you have any.