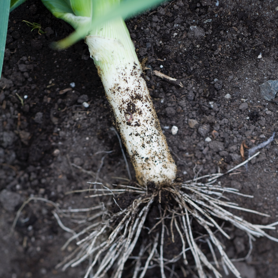 Happenings a little out of the ordinary. A cookery class. Or a feast aboard a tall ship. Learn a little something, or come along for fantastic food. 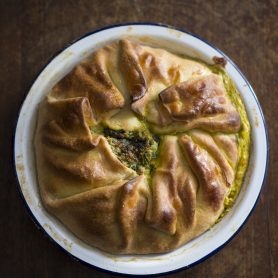 Join us on the farm for a home-cooked meal like no other prepared by Gourmet Farmer Matthew Evans.

Serve with grilled flatbread and lemon wedges as a snack or appetiser. 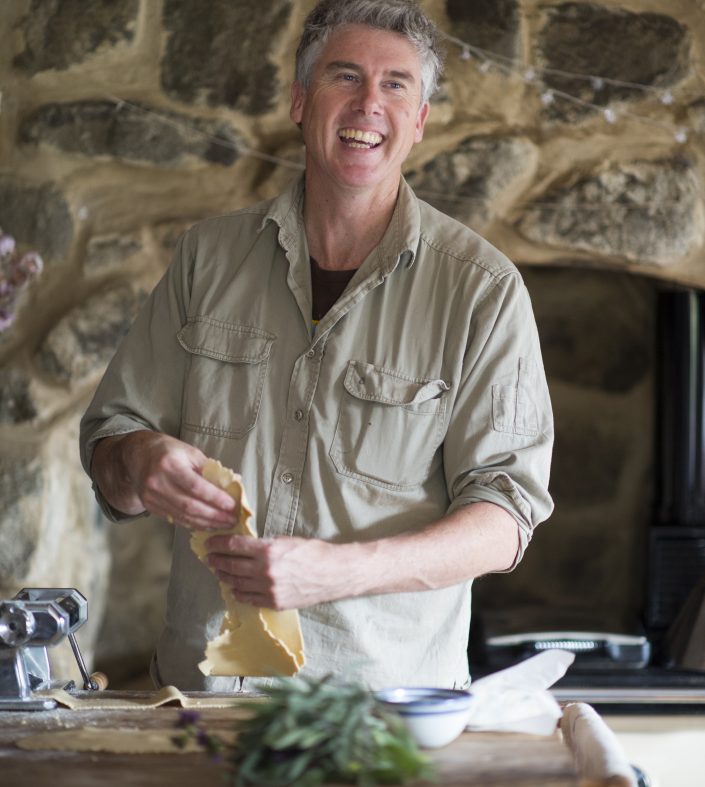 Follow our Fat Pig Farm journey in the latest series of The Gourmet Farmer on SBS.

Nestled in a narrow gully near the Huon River in Southern Tasmania, Fat Pig Farm is where Matthew Evans and Sadie Chrestman raise 30 grass grazing, dirt digging Wessex Saddleback pigs, a few pocket rocket lowline angus and a handful of dairy cows. The farm runs as a restaurant every Friday and on occasional other days, and we run hands-on cooking and gardening workshops on occasion, too. We've grafted an old orchard with new (well actually really old) varieties and planted a new orchard and vegie garden, as well as built a micro-dairy on site. If that makes you hungry, you can sign up to our newsletter by clicking on the envelope and we'll let you know about events on and off the farm.

Fat Pig FarmMonday, May 25th, 2020 at 5:51am
What a time to talk about ruts. And routines. I felt more in the former than the latter recording this during Covid. Insightful questions, and I hope I gave some answers that did them justice.

Fat Pig FarmThursday, May 21st, 2020 at 7:50am
Photos from Fat Pig Farm's post
In The Hanging Garden
We’re goin to town!

With #hanginggardengreengrocer in full swing, we are joining the super talented local growers and producers up in the big smoke. Matthew’s packing some seriously delicious salami along with our own preserves, baked beans, mustard, our home smoked bacon and so much more. It’s going to be a tight squeeze in the car on the way in! There look to be some seriously good growers and producers there.

Most of you have hopefully booked a spot to come and check it out, but go to www.hanginggardengreengrocer.com.au for all the details and we will see you there :)

I once ate out for a living. For more than a decade, I produced nothing of substance. I wrote about ephemeral things like my take on décor, service and flavour. I ate out about 500 times a year for work, that’s roughly ten times a week. As a chef who turned into a rabid diner, I adored restaurants. Their ability to make your life more interesting. To make you feel better about yourself. To make customers happy. I wrote about what others did. I made nothing myself of value, or so it seemed.

Covid has given me a new view. For the last 12 years I’ve grown food in southern Tasmania. I now run a restaurant. Or at least until March I did, serving food grown on site. I have been producing things of substance. Things of worth, I like to think, both nutritionally and ethically. And I still write on occasion. Last year I put out a book called The Commons, named after many things that the word Commons implies: That it’s important that commoners eat well: That we share this land in common with all those who came before and will come after, hopefully all of them using it to grow food: It’s named after our dining table, where diners came from all over to sit and share food, but mostly to share stories, forming a community of souls each week – each time a moment in humanity restored. People doing what matters so much to our species; sharing what we have in common, and focusing on that, not on our differences. Food was the excuse.

Yes, I have long been forming a new view on the value of food as social glue. But this virus, and the way it has altered our way of being, is something else altogether.

People have been torn apart, or forced to separate. We can’t see our parents. Sadie and I can’t travel as we would want, to hug the women who birthed us. That dire need, that is hard wired into us, for human touch, has been forced from many. And after the social distancing, it worries me that we will lose something beyond money, beyond our businesses, beyond our overconsumptive lives. We risk losing our very humanity.

When the lockdown started easing in Italy, a country whose elderly population bore the brunt of the pandemic, I read about a woman who’d not left her flat for weeks. What did she desire? To drink coffee in a bar. A simple, ritualistic act. Not an act of defiance, or indulgence. Sure, to the hungry in the world it seems flippant. To the food insecure it looks shallow and meaningless. But in Italy, getting a coffee in a bar is about being part of society. The barista might flirt with you. Or tell you a joke. They know your life, your loves, your daily ritual. Getting coffee is about community, about social interaction, something we crave.

When I read about Australian restaurants, really great restaurants, announcing they won’t reopen after the virus, I wonder if we realise what we’ll lose. When I see that the arts community has had virtually no support, I do think we need to revisit what matters.

What will matter when we all get to socialise again? Sure, it’d be great if we valued things that lasted better. If we bought less, but spent more on it, paying the true cost of production, for things that will stand the test of time and not cost the earth. I’d like to think we’ll all be more cognisant of where our food comes from, if not our T-shirts and ventilators. Every dollar spent has a cost and a benefit, to our community, to our earth.

While things have been locked down, Sadie and I have been very busy on the farm. We haven’t had a chance to grieve for the people we haven’t been able to help. We haven’t wept like we feel we should, because a farm keeps running, and there’s been no time to fall in a heap. Food keeps growing. The people we have kept around us need meaning and purpose. Ideas keep flowing. The news keeps changing. Salami needs making.

As restrictions start to ease, and we all make tentative first steps to rejoin society, go gently. All those hospitality workers whose jobs vanished in an instant, they’re in the business of trying to make your life more magical. Be easy on them, especially while they come to grips with the staggered openings. Don’t look for fault, but rather celebrate how they enhance the human experience. If you still have an income, remember those who make you laugh, or cry, or get up and boogie. With relaxed local content rules on telly, many of those who reflect our culture, who help tell our stories, may not find work in a hurry. It would be a sad indictment on our society if those who work in the creative fields bear the brunt, while those whose jobs didn’t get the flick were the ones to thrive. Yes, we need accountants, IT workers and bankers, but we need musicians, storytellers and art galleries too. We’ll be a lesser society if we can’t hang on to so many things that matter.

As we all emerge, blinking into the daylight that seems to be shining between the cracks of the lockdown, remember everybody will have been affected in their own way. Some brutalised more than others. Some not at all.

So what might matter to you could be going for a coffee at local café. Seeing old friends again at the beach. It might be heading into a national park. What matters has many visages, as many as there are humans, but the only way we’ll get anything like back to normal is if we value other people more than we did before.
1408 140    View on Facebook